The Impact of Being Legacy Minded

I had a very interesting experience a few weeks ago during the Grand Prix of St. Petersburg. A friend invited me to participate in the “Fastest Seat in Sports” program in which specially designed two-seater Indy cars are used to allow a passenger to get a ride around the track with a professional driver. The power and performance of these cars are incredible. And, the drivers handle the high speeds and sharp turns with more ease than most parents navigate the drop-off line at school. Truly, an extraordinary once-in-a-lifetime experience. Nicole, who was cheering me on and praying I didn’t leave her behind to raise all these kids by herself, snapped this picture just after the ride. 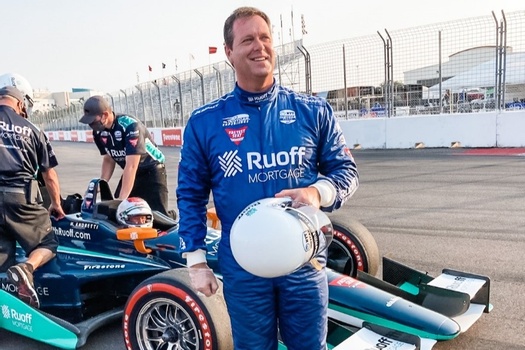 You might ask, what does any of this have to do with Legacy? I’ll give you a hint. Take a look at the name painted next to the driver on the car behind me. Do you see it… M. Andretti? My driver was the one and only Mario Andretti!

Even though I have never followed professional racing, I was familiar with the name Mario Andretti because he is a legend in the sport. Here are just a few highlights from his career according to Wikipedia:

Out of curiosity, Nicole and I googled Mr. Andretti over dinner and found that in addition to his personal contribution to racing, his sons, nephew, and grandson have also been very successful in the sport of racing. We learned about his humble beginnings and how his continued drive, determination, and success paved the way for these future generations to also prosper in the sport.

My admiration for Mr. Andretti caused me to also recognize what an honor it is for me to work with so many of you who have made sacrifices, have paid a high price, who have forgone personal gain, and who have done the work to pave the way to help your families and communities have a brighter future. My hat goes off to you. You may not be famous, but your significance will be felt for generations to come. Thank you for allowing our team to be a small part of that!